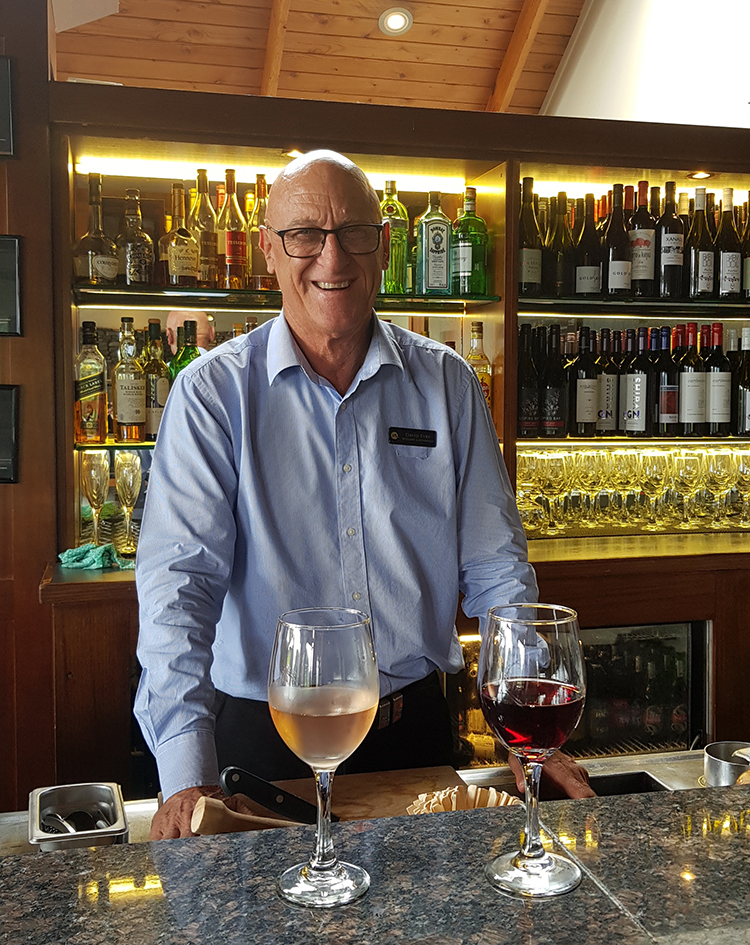 Coming to Puka Park is a bit of a full circle for me. I first came to Pauanui when I was 14 and my father bought a section here. It was the second section ever sold on the first day. There were no sealed roads and the only trees were pine trees. They were everywhere. We were in McCall Ave near the surf club and the Surf Club became part of my life. At one stage I was Club Captain/President for 4 years and came to the beach from the Waikato every second weekend from Labour Weekend to Easter.

When I started in hospitality positions, I worked in Auckland, Wellington, Waiheke, Hamilton, Cambridge, Melbourne, and the jobs have been in lodges, hotels, catering companies, vineyards, restaurants, tradeshows, Te Papa Tongarewa, at the Melbourne Cup, on a boat, and for all sorts of people in all sorts of environments. Which is why I like hospitality.

I like the variety of people; some are easy to look after and some are not. I like working with younger staff and my challenge is trying to keep up with them! But I also like finding better and easier ways of doing things, so that life is not so stressful and inefficient.

And all the people who come into restaurants are different, and it’s better to meet their needs, doing whatever is necessary to get the job done. One time in a fine dining restaurant, we had a young Japanese honeymoon couple in for dinner. They wanted a juice and a glass of sweet wine. We didn’t have a sweet wine, but I mixed a glass of wine we had, with some gomme (sugar) syrup. They said it was perfect, and they wanted to buy a bottle of it. We had to say that was the last if it – there was no more. We were beaten at our own success.

I don’t recommend doing that in Miha!